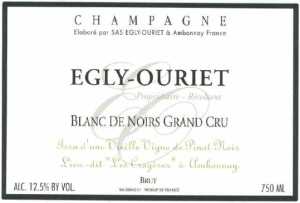 I first encountered a single vineyard, single varietal, grand cru Champagne back in 1983. It was Mumm Cremant de Cramant (now called Mumm de Cramant), a 100% Chardonnay Champagne from the grand cru village of Cramant in the Cote de Blancs. I was stunned and it immediately became my favorite Champagne, even though I could only rarely afford it. Since then, I have been exposed to a lot more high quality Champagne, some of it highly promoted and some not. As time has passed, I have become more and more an aficionado of quality Champagne. That journey led me away from a lot of the entry level Brut NV wines sold by the grand marques (Moet, Cliquot, Mumm, Piper, etc.). My initial destination was vintage Champagnes from the grand marques and even a few luxury cuvees. Then in the early 1990s, I first encountered my first estate-bottled Champagnes from Lassalle and Guy Larmandier, and then from Egly Ouriet. 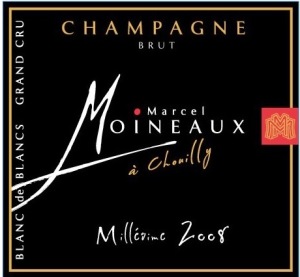 Estate-Bottled Champagne? That was a new concept. Up to that point in my career, I had been taught about Champagne from the viewpoint of the big houses (grand marques) that control over 90% of the Champagne market. I knew there were co-ops and I knew there were growers who grew grapes to sell to the big houses but no one had told me (and I didn’t know enough to ask) that some of those growers made and sold their own Champagne under their own labels. So my first introduction to grower Champagnes (aka Estate-Bottled Champagne, aka Farmer Fizz) was from Larmandier and Lassalle and Egly Ouriet. I like the wines but really didn’t understand them. I had always thought house style and consistency were the hallmarks of good Champagne. At least that was what I had been taught in the Champagne gospel according to the grand marques. I didn’t know that idiosyncrasy and terroir specificity had a place in Champagne. But I was learning. (Read More)